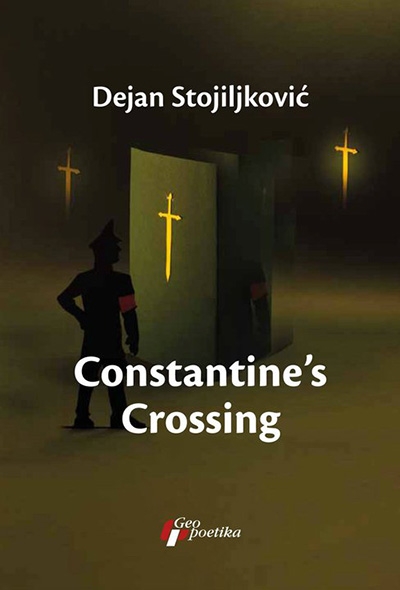 World War II, the sleepy little town of Niš in southern Serbia, occupied by the Nazis. Field Commander Otto von Fehn has to cope with one headache after another: too many troops and not enough support or supplies, the backward locals who are ignoring their German occupiers and killing each other in a brutal civil war involving at least three different factions, and now the Ahnenerbe has sent one of its experts to meddle in the excavations of a nearby ancient Roman settlement. Von Fehn does his job with stereotypical German efficiency.

Few people know that Naissus (modern day Niš) is the birthplace of Constantine the Great, or that he constructed a mighty armory there. Major Heinrich Kahn of the SS certainly did not. He is sent to the backwaters of the Balkan's on a mission by the Fuehrer himself. He must find Constantine's Crossing beneath the town and capture the final relic -- the battle sword of Constantine -- that will give Hitler the ultimate power he needs to complete his plan to master the world.

Nemanja Lukić, a major in the Chetnik army of Draža Mihailović, is in Niš on a special assignment. He is a man of many skills, an infiltrator extraordinaire, but he makes no secret of his mission or intentions in the town. Something happened to him that makes him absolutely immune to trepidation.

A series of events will change these men's lives forever, along with the lives of every inhabitant of the town. No one is safe any longer - under the cover of darkness, someone is killing local peasants and a lot of German soldiers. Even worse, the bodies are found massacred.

Perhaps is it not someone who is committing these murders but something?