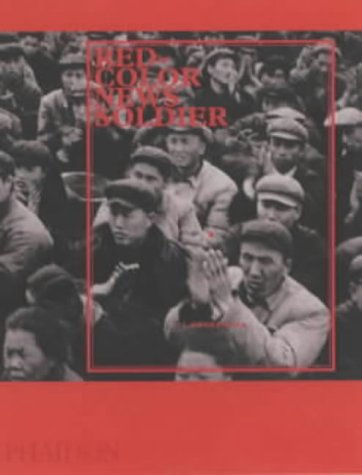 Besplatna isporuka za porudžbine iznad 2.000 dinara
Kako da kupim?
The Chinese Cultural Revolution (1966-1976) remains one of the most catastrophic and complicated political movements of the twentieth century. Almost no visual documentation of the period exists and that which does is biased due to government control over media, arts and cultural institutions.

Red-Color News Soldier is a controversial visual record of an infamous, misunderstood period of modern history that has been largely hidden from the public eye, both within China and abroad. Li Zhensheng (b.1940) - a photo journalist living in the northern Chinese province of Heilongjiang - managed, at great personal risk, to hide and preserve for decades over 20,000 stills. As a party-approved photographer for The Heilongjiang Daily , he had been granted unusual access to capture events during the Cultural Revolution. This account has remained unseen until now, except for some eight photographs that were released for publication in 1987.

Red-Color News Soldier includes over 400 photographs and a running diary of Li's experience. The images are powerful representations of the turbulent period, including photographs of unruly Red Guard rallies and relentless public denunciations and Mao's rural re-education centres, as well as portraits prominent participants in the Cultural Revolution.

Jonathan Spence, Yale Professor and pre-eminient historian of modern China, presents a rigorous introduction. In it, he states: 'Li was tracking human tragedies and personal foibles with a precision that was to create an enduring legacy not only for his contemporaries but for the generations of his countrymen then unborn. As Westerners confront the multiplicity of his images, they too can come to understand something of the agonizing paradoxes that lay at the centre of this protracted human disaster.'

This book excels as a volume of both compelling photography and riveting historical record. It is truly unique - in terms of both its artefactual value and its deconstruction - and indispensable for anyone interested in modern Chinese history or the powerful cultural role of photojournalism.