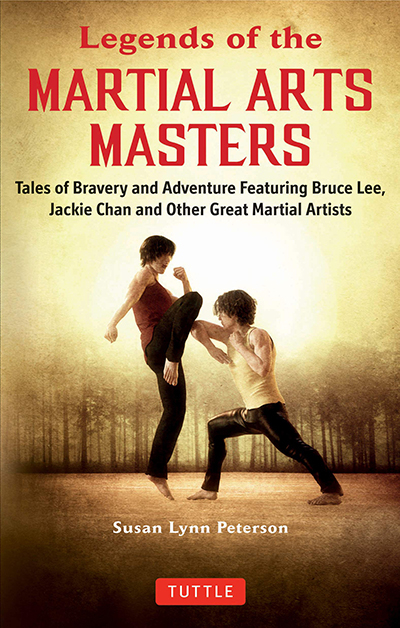 LEGENDS OF THE MARTIAL ARTS MASTERS

Besplatna isporuka na teritoriji Srbije
Kako da kupim?
Throughout the ages, cunning and brave heroes have reached deep inside themselves to find the strength to triumph over long odds. Aspiring black belts will love this action-packed collection of twenty-six stories about the great heroes of the martial arts and their many paths to victory. The stories include the tales of: The legendary Bruce Lee Kung Fu master and greatest martial artist of his time; Miyamoto Musashi the greatest swordsman in history and the author of the Book of Five Rings; Jackie Chan a dyslexic boy, abandoned at age seven who grew up to be a martial arts film star; Mu-lan the brave daughter who went to battle for the good of her family. These exciting tales of thrilling fights and wily strategies span the wide world of martial arts from Aikido, Karate, Kung Fu, Sumo, and Jujitsu to Brazilian Capoeira, Israeli Krav Maga, Korean Tae-kwon-do, Japanese Kyudo, and Thailand's Muay Thai, even the Zen-focused tea ceremony which teaches the discipline martial artists require to succeed. Filled with incredible action and amazing feats of daring and skill, Legends of the Martial Arts Masters will inspire readers of all ages with stories of courage, endurance and self-discovery.