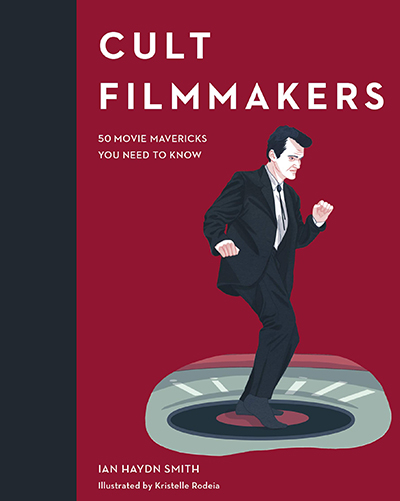 Besplatna isporuka za porudžbine iz Srbije
Kako da kupim?
Cult Filmmakers handpicks 50 notable figures from the modern world of cinema and explores the creative genius that earned them the cult label, while celebrating the works that made their names.

What makes a cult filmmaker? Whether pioneering in their craft, fiercely and undeniably unique, or critically divisive, cult filmmakers come in all shapes and guises. Some gain instant fame, others instant notoriety, and more still remain anonymous until a chance change in fashion sees their work propelled into the limelight.

In this nifty little book, Ian Haydn-Smith curates a selection of brilliant directors you should know – from industry heavyweights like Tim Burton and David Lynch, to the strange and surreal imaginings of Alejandro Jodorowsky and Ana Lily Amirpour. Discover the minds behind such beloved features as Melancholia, Easy Rider, Lost in Translation and more. From little knowns with small, devout followings, to superstars walking the red carpet, each is special in their individuality and their ability to inspire, antagonise and delight.

Cult Filmmakers is an essential addition to any film buff's archive, as well as an entertaining introduction to the weird and wonderful world of cinema.

Selling The Movie: The Art Of The Film Poster