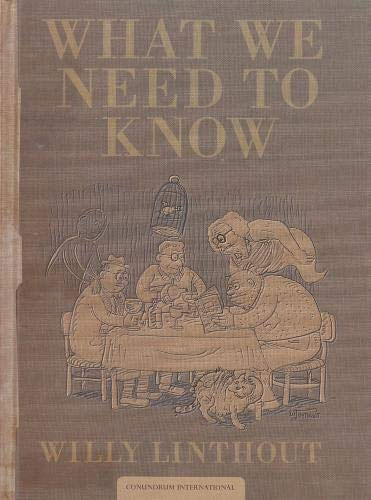 WHAT WE NEED TO KNOW

Besplatna isporuka za porudžbine iznad 2.000 dinara
Kako da kupim?
In 2007, after the suicide of his son, Linthout created Years of the Elephant, which was nominated for a number of international awards and won the Bronzen Adhemar, the most important Flemish comics award. What We Need to Know is the sequel to Years of the Elephant but uses a wideangle lens to encompass the entire family, specifically three brothers who each need to cope with their own ghosts. The style of both these autobiographical books is done in pencils without inks, in other words a rough and unfinished look, which perfectly matches the psychological state of the characters.