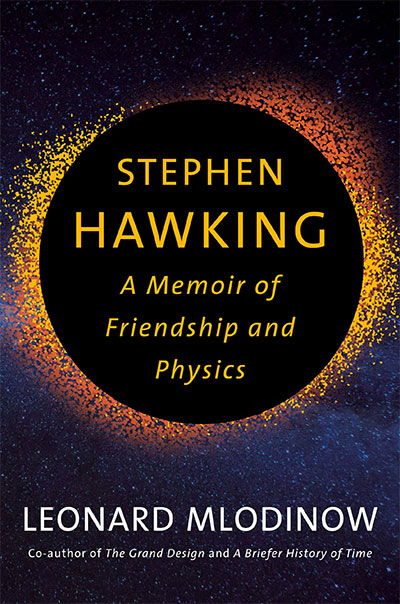 STEPHEN HAWKING: A MEMOIR OF FRIENDSHIP AND PHYSICS

Stephen Hawking was one of the most famous and influential physicists in the world. He left a mark in our culture that touched the lives of millions. His books have inspired countless scientists-to-be, and his research on the laws of black holes and the origin of the universe charted new territory.

Recalling his nearly two-decades as a friend and collaborator with Stephen Hawking, Leonard Mlodinow brings a complex man into focus like no one has before. He introduces us to Hawking the colleague, for whom no detail is too minor to get right, a challenge for a man who could only type one word per minute. We meet Hawking the friend, who creates such strong connections with those around him that he can communicate powerfully with just the raise of an eyebrow. We witness Hawking the genius, who, against all odds, flourishes after he is diagnosed with ALS and pours his mind into uncovering the mysteries of the universe. Brilliant, impish, and kind, Hawking endeared himself to almost everyone he came into contact with. This beautiful portrait is inspirational and is sure to stick with you long after you've read it.