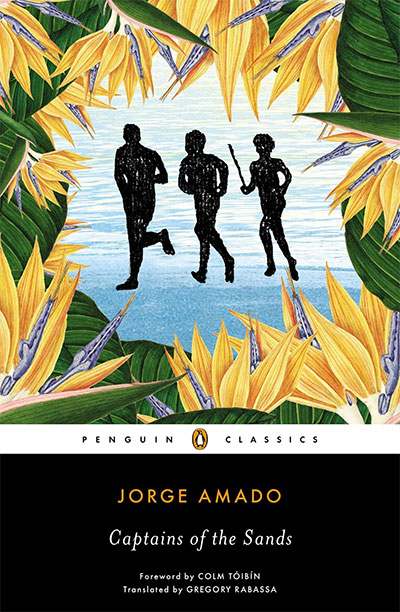 Captains Of The Sands

Besplatna isporuka za porudžbine iz Srbije
Kako da kupim?
A Brazilian Lord of the Flies, about a group of boys who live by their wits and daring in the slums of Bahia.

They call themselves 'Captains of the Sands', a gang of orphans and runaways who live by their wits and daring in the torrid slums and sleazy back alleys of Bahia. Led by fifteen-year-old 'Bullet', the band - including a crafty liar named 'Legless', the intellectual 'Professor', and the sexually precocious 'Cat' - pulls off heists and escapades against the privileged of Brazil. But when a public outcry demands the capture of the 'little criminals', the fate of these children becomes a poignant, intensely moving drama of love and freedom in a shackled land.

Captains of the Sands captures the rich culture, vivid emotions, and wild landscape of Bahia with penetrating authenticity and brilliantly displays the genius of Brazil's most acclaimed author.