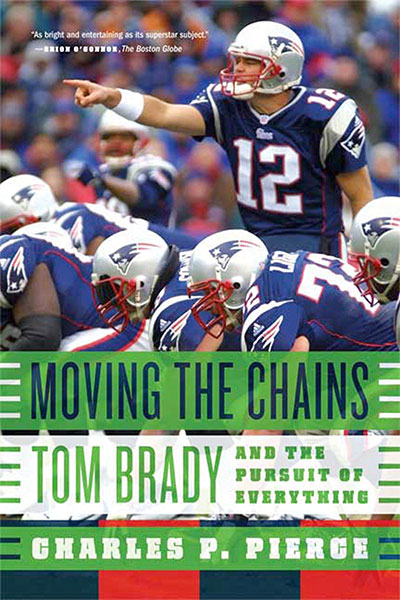 Moving the Chains: Tom Brady and the Pursuit of Everything

Besplatna isporuka za porudžbine iz Srbije
Kako da kupim?
When Tom Brady entered the 2005 NFL season as lead quarterback for the New England Patriots, the defending Super Bowl champions, he was hailed as the best to ever play the position. And with good reason: he was the youngest quarterback to ever win a Super Bowl; the only quarterback in NFL history to win three Super Bowls before turning twenty-eight; the fourth player in history to win multiple Super Bowl MVP awards. He started the season with a 57-14 record, the best of any NFL quarterback since 1966.

Award-winning sports journalist Charles P. Pierce's Moving the Chains explains how Brady reached the top of his profession and how he stays there. It is a study in highly honed skills, discipline, and making the most of good fortune, and is shot through with ironies - a sixth-round draft pick turned superstar leading a football dynasty that was once so bedraggled it had to play a home game in Birmingham, Alabama, because no stadium around Boston would have it. It is also about an ordinary man and an ordinary team becoming extraordinary. Pierce interviewed Brady's friends, family, coaches, and teammates. He interviewed Brady (notably for Sports Illustrated's 2005 Sportsman of the Year cover article). And then he got the one thing he needed to truly take Brady's measure: 2005 turned out to be the toughest Patriots season in five years.