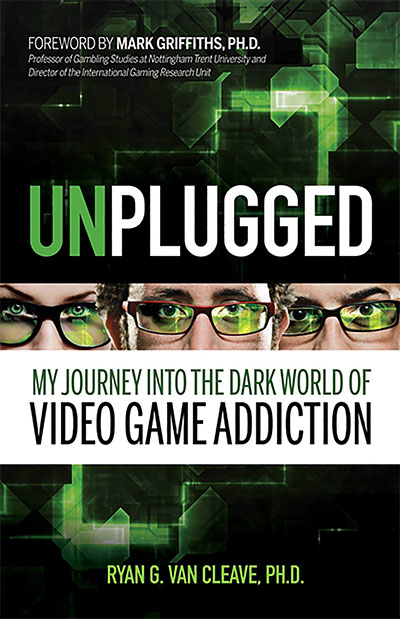 Unplugged: My Journey into the Dark World of Video Game Addiction

Besplatna isporuka za porudžbine iz Srbije
Kako da kupim?
WARNING: This video game may impair your judgment. It may cause sleep deprivation, alienation of friends and family, weight loss or gain, neglect of one's basic needs as well as the needs of loved ones and/or dependents, and decreased performance on the job. The distinction between fantasy and reality may become blurred. Play at your own risk. Not responsible for suicide attempts, whether failed or successful.

No such warning was included on the latest and greatest release from the Warcraft series of massive multiplayer on-line role-playing games (MMORPGs) – World of Warcraft (WoW). So when Ryan Van Cleave – a college professor, husband, father, and one of the 11.5 million Warcraft subscribers worldwide – found himself teetering on the edge of the Arlington Memorial Bridge, he had no one to blame but himself. He had neglected his wife and children and had jeopardized his livelihood, all for the rush of living a life of high adventure in a virtual world. Ultimately, Ryan decided to live, but not for the sake of his family or for a newly found love of life: he had to get back home for his evening session of Warcraft.

A fabulously written and gripping tale, Unplugged takes us on a journey through Ryan's semi-reclusive life with video games at the center of his experiences. Even when he was sexually molested by a young school teacher at age eleven, it was the promise of a new video game that lured him to her house. As Ryan's life progresses, we witness the evolution of videogames – from simple two-button consoles to today's complicated multi-key technology, brilliantly designed to keep the user actively participating.

As is the case with most recovering addicts, Ryan eventually hits rock bottom and shares with the reader his ongoing battle to control his impulses to play, providing prescriptive advice and resources for those caught in the grip of this very real addiction.