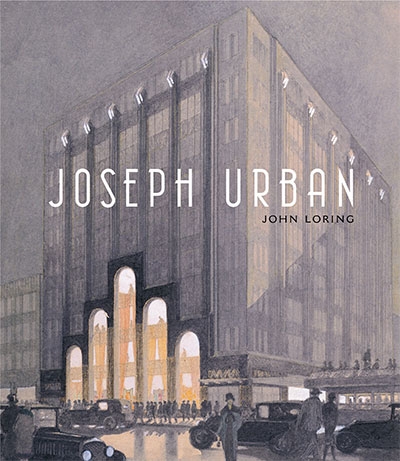 Besplatna isporuka za porudžbine iz Srbije
Kako da kupim?
Joseph Urban is a lavish celebration of this prolific artist, architect, and designer, whose accomplishments included magnificent Art Deco buildings, spectacular Ziegfeld Follies productions, and dramatic sets for the Metropolitan Opera. Joseph Urban (1872 - 1933) began his career as an artist of the Wiener Werkstatte movement in Vienna. In 1912 he became art director of the Boston Opera, then moved to the Metropolitan Opera in New York and quickly became immersed in an astonishing array of outside projects, designing nightclubs, hotel lounges, skyscrapers, theatres, stage and film sets, and even children's books. Though his creative output was immense, little remains of his work except the Mar-a-Lago in Palm Beach, and the New School and the base of the Hearst Tower in New York. This beautifully illustrated tribute is packed with more than 200 design drawings, renderings, and paintings, the majority of which were culled from the Joseph Urban collection in the Butler Library at Columbia University. Nearly half of the images featured have never before been published, until now.